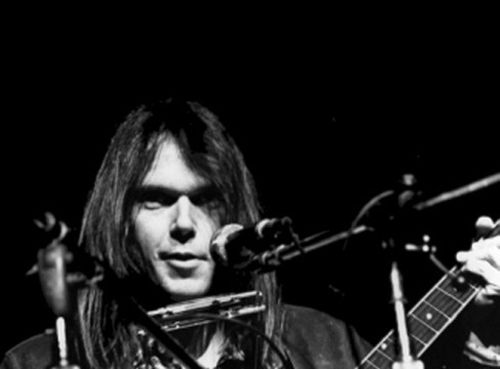 Lord knows I love my southern friends. Lord knows things there have improved a lot since the sixties. But Lord also knows this part of the United States remains a redoubt of Confederacy nostalgists, deep-fried wingnuts, shrieking fundamentalists, and all-round rednecks. So Lord knows we still need "Southern Man," the hard-charging warhorse from Neil Young's third solo album, After the Gold Rush. It's one of two 1970 tunes by the Canadian singer-songwriter to squeak onto our 1970-and-after list, alongside Crosby, Stills, Nash & Young's timeless protest anthem, "Ohio".

The lyrics have something of the sting of the "bullwhips cracking" in the chorus:

I saw cotton
and I saw black
Tall white mansions
and little shacks.
Southern man
when will you
pay them back?
I heard screamin'
and bullwhips cracking
How long? How long?

At which point, given the more oblique lyrics that follow, one can go back to the beginning, or maybe play an air guitar solo in tribute to Neil. It's a good refrain for anti-racist, anti-fundamentalist, and anti-redneck demos of all stripes -- particularly those with a southern location, or protesting a southern policy/atrocity (attacks on undocumented migrants, KKK/neo-nazi activity, and so on).

Here's the studio original of "Southern Man," from After the Gold Rush (1970):


A strong, long live version by Crosby, Stills, Nash & Young, from Four-Way Street (1971; concert 1970), with a lot of guitar duelling between Neil and Stephen Stills: 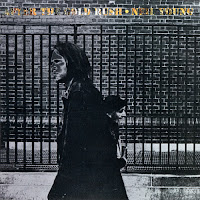 Lynyrd Skynyrd's "Sweet Home Alabama" (1974), with its line "I hope Neil Young will remember / A southern man don't need him around anyhow." Probably they'll sing this back at us, so we'd better be ready. Neil's response was more than diplomatic, according to Wikipedia: "Young has said that he is a fan of both 'Sweet Home Alabama' and Ronnie Van Zant, the lead vocalist for Lynyrd Skynyrd. 'They play like they mean it,' Young said in 1976. 'I'm proud to have my name in a song like theirs.' Young has also been known to play 'Sweet Home Alabama' in concert occasionally."