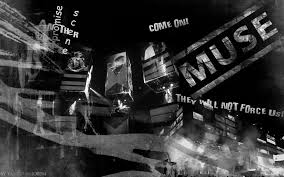 Personally, I give the nod to El Général's tumultuous anthem inaugurating the Arab Spring, "Rais Lebled". But for much of the world, "Uprising," by the British band Muse, is probably the leading candidate for anthem of the early 21st century. There's no denying its global reach and crowd-shaking impact. The lyrics, too, are about as unapologetically revolutionary as any rock song in recent memory to hit the upper reaches of the international charts. A slightly truncated version (though still fairly wordy) could be sung as a progressive anthem wherever capitalism, consumerism, media/corporate propaganda, and political passivity are the targets:


The paranoia is in bloom, the PR
The transmissions will resume
They'll try to push drugs
Keep us all dumbed down and hope that
We will never see the truth around.
(So come on!)

Another promise, another scene, another
A package not to keep us trapped in greed
With all the green belts wrapped around our minds
And endless red tape to keep the truth confined.
(So come on!) 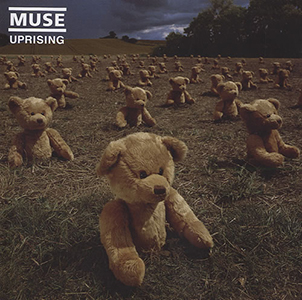 Interchanging mind control
Come let the revolution take its toll if you could
Flick the switch and open your third eye, you'd see that
We should never be afraid to die.
(So come on!)

Rise up and take the power back, it's time that
The fat cats had a heart attack, you know that
Their time is coming to an end
We have to unify and watch our flag ascend.


Here's the original (2009) studio version of "Uprising," from the album The Resistance -- a politically charged title in itself: 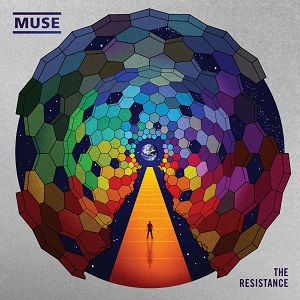 Live at Wembley Stadium in 2010, with a very political opening:

And at the 2011 Grammy Awards in Los Angeles (audio only):