The anti-lynching anthem "Strange Fruit", as first recorded by Billie Holiday, is one of the most blistering protest songs in the English language. Though released in 1937, its "explicit imagery of racial slaughter still has the power to shock," as I wrote in the second edition of my textbook, Genocide: A Comprehensive Introduction (p. 483). In the same volume, I reproduced extensive passages from Danja Mowf's chilling contemporary reworking of "Strange Fruit," in which, "in a remarkable and deeply discomfiting move, Mowf took the listener inside the thoughts and tortured form of the lynching victim" (pp. 484-85; see Mowf's full lyrics here; the first line is mistranscribed).

Not exactly singalong material, you'd think, and you'd be right as far as Mowf's dazzling rap is concerned. But then there's Shawn Chappelle's gospel-inflected chorus (drawn from Billie's original performance; the lyrics are by Abel Meeropol, a Jewish-American communist who wrote under the pseudonym Lewis Allan):


Southern trees bear a strange fruit
Blood on the leaves, and blood at the root
Black bodies swingin' in the southern breeze
All that strange fruit hangin' ... hangin' from the poplar trees ...

The swinging rhythm, combined with the gruesome image of "black bodies swingin'," reminds us that Billie Holiday was plagued throughout her performing career by fans who were oblivious to the meaning of "Strange Fruit," and wanted her to sing "that sexy song about the people swinging." But in the context of Mowf's hip-hop reworking, Chappelle's chorus works eloquently -- and anthemically. Though the lyrics remain harsh, it could be used for similarly harsh protest settings: against hate crimes or police violence against African Americans and other racial minorities, for example.

A devastating live performance of "Strange Fruit" by Billie Holiday, from a TV performance in (at a guess) the early 1950s: 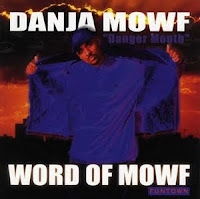 By kind permission of the artist, the MP3 can be downloaded on the website for Genocide: A Comprehensive Introduction.

Danja has posted an MP3 (53 mb filesize) of his grandfather reminiscing about his younger years, including his memories of lynching.