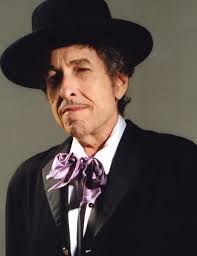 "Workingman's Blues #2" is a standout track from Sixties bard Bob Dylan's third comeback masterpiece in a row. Following Time Out of Mind (1997) and the dazzling Love and Theft (2001), Modern Times (2006) was perhaps his bluesiest record, and one of his most endearing. "Workingman's Blues" managed to be both timeless and utterly contemporary, with its opening lines a poetic snapshot of renewed hard times:

There's an evenin' haze settlin' over the town
Starlight by the edge of the creek
The buyin' power of the proletariat's gone down
Money's gettin' shallow and weak
The place I love best is a sweet memory
It's a new path that we trod
They say low wages are a reality
If we want to compete abroad ...

The chorus has a wonderfully elegiac, empathetic tone, just right for a late-night picket-line singalong:


Meet me at the bottom, don't lag behind
Bring me my boots and shoes
You can hang back or fight your best on the front line
Sing a little bit of these workingman's blues.

Here's the studio version of "Workingman's Blues #2", from Modern Times:


A nicely croaky live version from Munich in 2014: 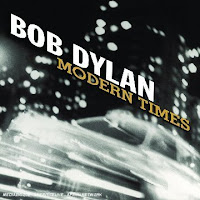 An article by Cliff Fell arguing persuasively that Dylan lifted a number of lines in "Workingman's Blues #2" from the classical poet Ovid. "... The more you listen to Modern Times, the more you sense that Dylan's cast the songs as a modern lament, in the mask of a new Ovid, a kind of modern exile in the modern world."

An appreciation by Tony Attwood on bob-dylan.org.uk.